More and more companies are now seeing the benefits of encouraging a more gender diverse workforce. However, the turnover rate for women in tech roles is more than twice as high than for men, so companies are hiring more women but struggling to retain them. In this article, we look at 5 actions tech employers can take to retain women. 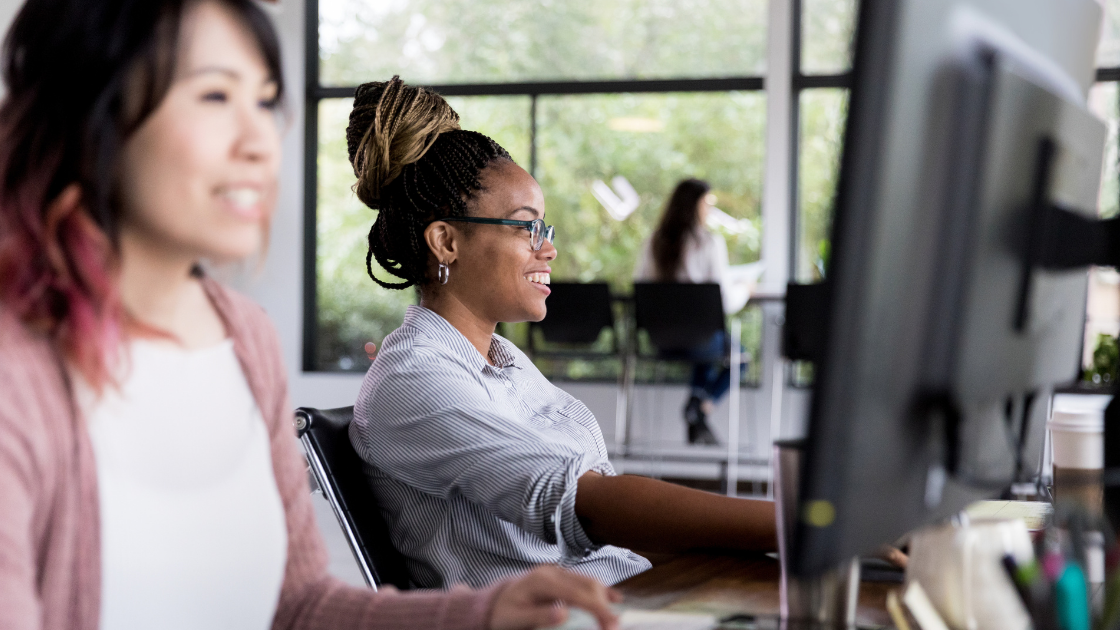 One of the biggest barriers to true gender equality in the tech industry is the gender pay gap. Around 78% of large organisations admit to having a gender pay gap in tech whereby men earn more than women. This is obviously a huge roadblock when it comes to women staying in tech roles, as not being paid the same as their male counterparts will feel degrading and disheartening. If a company works to improve and eventually close their gender pay gap, they will be more likely to retain women.

Since April 2018, large employers with 250 employees or more have had to produce a pay gap report each year. The pay reports aim to increase accountability and ensure companies are upfront with their pay equality. The pay gap reporting also encourages positive improvements, as if companies are held accountable for their discrepancies, they will be more likely to strive to make changes.

2. Ensure any benefits package is the best it can be

Benefits packages are important to any employee when joining a company. However, with a female workforce comes the need to look at things like maternity pay and flexible working arrangements. As women are typically the primary caregivers at home, it’s important for a company to be able to work around personal commitments and childcare. This will ensure that employees feel valued, respected and trusted to do their role effectively.

Remote working is a good example, especially since the Covid-19 pandemic. More working from home allowed people to gain a better work/life balance. Companies are now expected to be more lenient with flexible working arrangements and businesses that do so will in turn attract more talent and be more likely to retain them.

3. Get rid of the ‘brogrammer’ culture

As tech has typically been a male-dominated industry for a long time, certain cultures and behaviours have been formed which could put potential female talent off. The so called ‘brogrammer’ culture is still very apparent in some tech companies, with social events and office chat/environment being angled towards males.

This ‘boys club’ mentality also runs deeper in some cases, with women being discriminated against by being cut-off in meetings, having ideas stolen and missing out on key promotions and development due to male employees being prioritised. This is obviously a huge barrier to retaining female staff, and should be addressed by every company to ensure every employee feels comfortable and valued. A possible way to help this culture issue is to create a women’s network for female staff at the company. This is a group which will give women in the company the opportunity to share experiences, network and brainstorm new ideas.

It can be said for any role in any company that without development, you’re likely to become bored, frustrated and unmotivated. These 3 emotions are more likely than not to result in you leaving a company. By placing emphasis on women’s personal development within a company, you are more likely to keep them engaged and committed to their role.

Examples of methods for development could include access to training courses and events such as webinars & conferences which will encourage women to feel passionate about their career. This in turn benefits the business as they will have even more skilled women, whom they will be more likely to retain.

5. Presence of role models in the company

A key to a diverse and inclusive business is ensuring people feel well-represented. This is especially true in the case of board members, senior leadership teams and directors. One of the main reasons women aren’t going into tech is the lack of role models. When women see other women in high level positions at a company, it’s easier for them to imagine themselves there one day.

As well as having high level female role models, it’s important to have them at every level in the company. If someone who is very junior sees a female CEO, it might be so far off in the distance for them that it actually discourages them. They might think “that will never be me”. But by ensuring there’s a good presence of female influence at every level in the company, women are more likely to feel comfortable and believe in their own skill.

Having a more balanced and gender diverse workforce has proven to have many benefits to a business. However, ensuring you have a well thought-out retention programme made up of all of the above components is key. With as many of the processes and benefits in place, female staff retention should improve significantly.

Find out more about retaining staff in tech and why tech companies struggle with retaining women in tech.