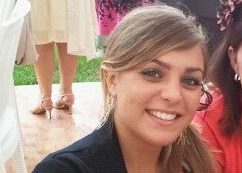 We interviewed Emma Goulden, an IT Project Manager at John Lewis Partnership on her experience and thoughts on women in tech.

My current role is IT Project Manager, responsible for Integration deliverables into a large programme which is replacing a lot of legacy (old) systems. Integration is the bit that makes different systems talk to each other and passes the information needed in the right format.

I’m basically responsible for ensuring that the team deliver what the programme have asked for, at the right time and as close to the estimate as possible. My role involves a lot of planning to identify activities and dependencies for resource. I will raise any risks and issues and their possible impact on the plan and often have to re plan to accommodate change requests! I’m responsible for maintaining the resource, time and quality estimates based on the plan and tracking progress of the deliverables.

I didn’t really choose a career in IT – I had an interest in Project Management but hadn’t really considered which area I wanted to work in. A project role came up in a team that I used to work with and they invited me to apply. It just so happened to be implementation / roll out for an IT project. After that I was still fairly sure I wanted to go into Project Management, and as my experience was IT projects I was attracted to the Technology Graduate Scheme at John Lewis because of the opportunity to train and try out roles in different areas of IT (business analysis, development, testing, operations and project management).

No, I wasn’t interested in the IT A Level at school, and so never really considered doing it at University. I studied Management Sciences at University, and I did a basic IT Systems module on my course but this was very high level and theoretical.

I didn’t have any experience before I entered this role.

It’s a fairly even mixture across the different departments and roles in IT. There probably are more men on the whole, and some areas are more dominated by men but generally I can’t say I’ve noticed.

I think there are certain roles within IT and the tech sector that are more associated with men than women e.g. development (programmers). However, there are other areas of IT that I have seen have a much more even split of men and women – business analysis and project management for example.  I personally don’t feel like IT (or specific areas of IT) are off limits to women just because they’ve maybe been more traditionally filled by men – if you are interested in something, gender shouldn’t make any difference in 2016!

For me, I probably would have been attracted to a technology related course if the content was really current and you could see the benefits of application. I wasn’t interested in IT A Level at the time because it seemed boring and the sort of things you would learn wouldn’t really be that relevant or fun. However, now there are so many different coding languages you can learn that produce things that are much more tangible and you can quickly improve upon. E.g. the new Swift Playground app released by Apple, you can learn the principles of programming in Swift in an iterative and fun way. You can see how easy it would be for teenagers now to get interested in this and to move onto coding their own apps etc.

IT is often associated with purely programming and systems, and this is technical or domain knowledge is probably crucial in certain roles like operations or systems development, but there are many other roles in IT in projects. There are many roles in IT projects that are more around analysis or project management. Having studied a technology related course will make those sort of roles a lot easier, as you’d have a much better idea of what someone is talking about when they talk technically! IT is such a big part of our lives, and there’re probably not that many projects now that don’t at least have a small element of IT so if you think about it that way, it makes sense to study technology. I think a better understanding of the different possible careers in IT would be so beneficial to teenagers choosing which subjects to do at school.

I don’t think any barriers apply specifically to women getting into technology. Lack of knowledge of the area of expertise is probably a barrier – but that applies to men and women. If you’re really interested in a particular technology, there are always so many courses out there that you can do on your own to prove you’re invested!