We interviewed Charlotte Roche, Software Engineer at Financial Force on her experience and thoughts on women in tech. 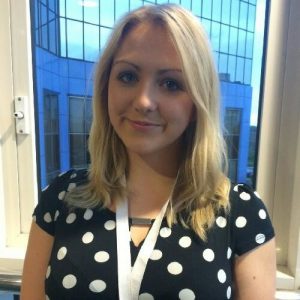 Over the last five years, I’ve worked in a variety of roles. Initially, I worked with a tool to try and problem solve differences between two systems. This role was actually pretty client heavy and I would spend a lot of time chatting to people all over Europe to explain my findings. After that, I was manipulating data to make it useful. This role was much more methodical, and dealing with fixing issues sooner rather than later, as well as working very closely with the client to manage their expectations. I’ve also developed a large system to load vast amounts of very odd data types. Currently, I work on extending apps to have greater functionality. However, these roles have all very much been dictated by what I have found interesting and enjoyed. I have many female friends who have gone a very different route, such as becoming Data Analysts, or Data Scientists, or more managerial routes depending on the aspects they enjoyed.

Initially, I chose IT because I didn’t know what I wanted to do during sixth form and having spoken to people who worked in IT and investigating schemes that allowed you to get into IT straight out of sixth form, I realised it gave me the most choice. There were so many roles and jobs all around the country, and there were schemes which offered degrees alongside working. Also, most of the jobs involved training, so I could pick up the skills I needed as and when I needed them. This is definitely something that I have seen across IT businesses, as it is very rare that you specialise in a particular coding language, and IT companies evolve quickly, constantly trying out new languages or architecture, so there is an expectation that you will need training. Aside from all of this, I have seen my mum do very well in a career in IT, so I knew that there was a lot of potential in it.

At school, I studied IT, maths, physics and biology at A-level. Following that, I started an IT apprenticeship which paid for my degree in computer science, alongside working.

No, but my mum has worked in IT since she left university.

I think that despite a push for more females in IT that we are significantly outnumbered. I wonder if a lot of this is to do with the fact that females are in more junior or managerial roles, than in senior technical roles such as architects, and women are not seeing how much potential there is in a career in IT to be technical and successful. Along with this, the industry changes so quickly and just because somebody is more senior, or has been coding for longer, does not mean that they are not constantly having to learn too, so it’s very easy to know as much if not more than men. I think that the more that we see females pushing in those areas, and being seen as more technical, hopefully more females will see it can be done, and choose to follow suit.

Whilst there are more men in IT, I don’t think that there is a stereotype that IT is just for men, I do however, think that there are stereotypes that men and women act differently in IT. Men are expected to be more technical and women are expected to be organisers or managers. As somebody who is terrible at being organised, I think these things will only change when they see more women in senior technical roles or specialising in cutting edge technology. The nice thing about IT is how fast it moves and changes, so I think that people just want to work with someone who is good, and knows what they’re doing, regardless of their gender.

I don’t know I went to an all-girls school that specialised in maths, science and IT, so it was just a given that you would do these subjects!

Naturally, you do things that either you’ve seen done, or have actually done yourself, so I think that the key barrier to women getting into IT is the lack of exposure. Women doing STEM subjects is massively outweighed by men, and there are not many women in senior roles in the IT industry. Also, the gaming industry is geared more towards men, than women. I think that this is where a lot of teenage boys are getting into technology, and having better equipment. This in turn is, gaining more exposure to the industry at a younger age.

The reality of working in IT nowadays is that there are more men working in it however, IT is not like any other career as things are constantly changing. There is always a new technology being released and new concepts to learn. You can go as high as you like as fast as you like on the career ladder, and you can also be an expert in technology – the power is really in your hands, and you have so much freedom. It’s an exciting place to be and it doesn’t matter if you don’t know how to do something because half of the time everybody is learning how to do the work. I think that if you saw that side of it whilst at school, women would be much more inclined to work in IT.