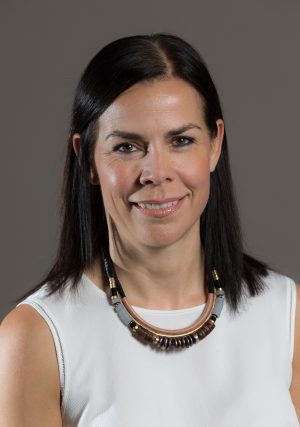 We all know that the tech industry has a diversity problem. The paltry number of women working in tech is one of the most commented and speculated upon issues in the sector, alongside IT’s crippling talent shortage.

It’s estimated that only 15% of STEM employees in the UK are women, despite them making up 46.5% of the country’s workforce—a percentage that’s growing steadily. The figures are even more damning when it comes to leadership roles, with just 5% of senior positions in the sector held by women.

Though the push for gender equality in tech is more evident than ever, we’re yet to see positive returns at a grassroots level. Take-up of computer-based courses by female students is actually dropping, with 20,000 fewer girls opting for ICT or other computer-science related subjects as a GCSE last year.

Despite spirited attempts to change girls’ perception of STEM careers by countless social and education initiatives, the number of women entering the tech industry isn’t increasing at a healthy rate. The lack of women choosing a career in tech isn’t just a social and cultural issue, it also has massive practical ramifications on the future of the industry as a whole.

The tech sector is facing a cavernous skills gap; digital transformation is sweeping the country, and the need for talented tech professionals is far greater than the pool of candidates available to fill these new roles. There just aren’t enough workers in the market to meet demand, and yet the country’s female labour force sits largely untapped by the tech industry.

This talent shortage is thought to be costing the UK roughly £63 billion every year, as 600,000 tech roles go unfilled, and businesses miss out on the resource they need to execute their digital visions. Businesses are realising that it’s not just hard skills they’re missing out on, but the fresh perspective, innovation, and higher revenue that a diverse workforce is proven to bring.

It’s an issue of skills, not ability; these vacant roles could easily be filled by women simply by pulling talent from 100% of the population rather than just half. So, with a plethora of well-paying, future-proof jobs available for the taking, why aren’t we succeeding in attracting more women and girls to the tech sector? A dearth of female role models in tech may be the answer.

A recent study by PWC found that 78% of students couldn’t name a prominent woman working in tech. Yet two-thirds were able to name a famous male in the industry. The importance of representation throughout the tech sector cannot be underestimated.

Women need to see other women succeeding to know that there’s a place for them in that space—you can’t be what you can’t see. As long as they’re lacking the confidence to pursue a career tech—despite matching and in many cases surpassing the academic performance of their male peers—girls need an example to emulate, both for their own mettle and for the convincement of their peers, friends, and family. They need people they can point to, so they can see the great work that’s being done by women in tech, and tell themselves: “If she’s doing it, so can I.” The role model effect is indisputable; the number of girls interested in STEM doubles when they have an aspirational figure to look up to.

But getting more women through the doors is only half the battle. We need to see female professionals rising to senior positions, not just so they can use their experience to create a more inclusive culture in tech, but also so to show women taking their first steps onto the ladder that they can build a long-term career in the industry; that their contribution will be valued, that they’ll be supported, that they can thrive.

Better representation of female leaders, and therefore more potential mentors for women entering the sector, will become a perennial salve on tech’s gender diversity problem—the more visibility there is, the more likely the new generations of female STEM professionals will be feel confident embarking on similar career paths.

It’s a chicken-and-egg situation, but we have to start somewhere. We need to shout louder about the brilliant female talent already working in tech, and work harder to remove the barriers that prevent  women from rising to top positions in the industry.

Tech’s gender inequality issue isn’t just a pipeline problem. There are more complex dilemmas concerning inclusivity in the ecosystem that need to be addressed if female tech professionals are to reach their full potential. A cultural shift needs to happen in order for us to continue dismantling roadblocks to leadership for women in tech; roadblocks like working culture, unconscious (and overt) bias, and policies around flexible working and parental leave. Changing the face of tech will take time, but if we work to boost the signal of female tech leaders now, our efforts will pay dividends in years to come.

It’s a self-perpetuating cycle; we just need to get the wheels turning.