We interviewed Gwen Diagram, Engineering Manager at Sonocent on her thoughts and experiences on women in tech. 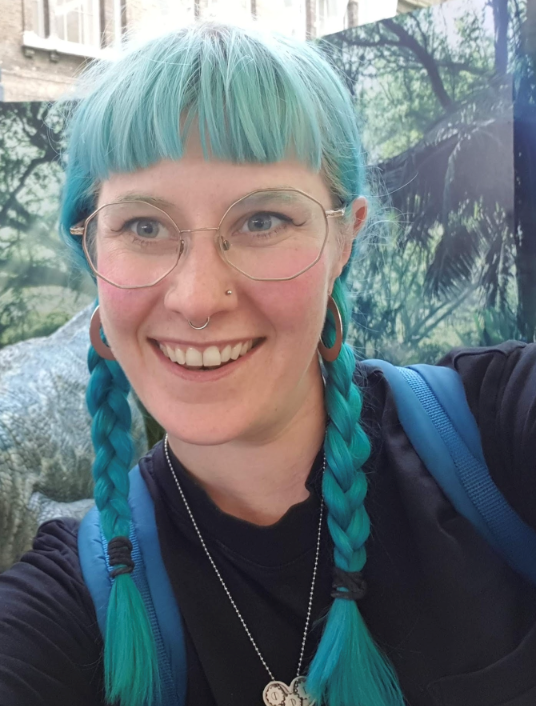 I work for a lovely small company called Sonocent which builds software to help students take better notes. I’m a Software Tester at heart but I’m also a line manager, where I manage five Software Engineers. I work in a small squad, building https://glean.co where I test changes that the software developers have made but I also write some production code as well. I also do a bit of Agile Coach type of work where I run retrospectives and help squads identify where they can improve.

This is the most varied role I’ve had and I absolutely love it. There’s so much I can get involved in!

Like quite a few women that you speak to in tech, one of my parents, was in tech so I was surrounded by technology from a young age. I wanted to get into technology from when I was 12 where I believed I could sit in a room, eat pizza, drink coca-cola and code in the dark. I’m not saying that you never get to do that but what working in tech is like now and what I thought it would be like when I was 12 is a fair bit different. I didn’t envision that it would be so people focused but that’s one of the parts I love the most about it!

No, I had a lot of varied jobs when I was younger, I worked in hairdressing, a call centre, food and retail. I didn’t go to university. I managed to get a role in IT support when I moved to the UK from Australia that set everything rolling though which I really appreciate.

I’ve been working in tech since 2008 now, I started off in IT Support, then moved over to Software Testing. I’ve always kept Software Testing as a pretty loose role though, I used to do a bit of DevOps Engineering, a lot of Test Automation, I’ve done a fair bit of Scrum Master/Agile Coach kind of stuff and when I was a Principal Test Engineer I worked on improving quality through education and engineer happiness by running workshops.

Definitely but there’s getting to be more. There are fantastic courses like Sky’s Get Into Tech which really helps get more women into the hiring pipeline. Also, part-time roles are becoming more common which assists parents of young children to be able to work in tech.

I don’t feel that there is as much as there used to be but there’s still a bit of a stereotype. Ironic seeing as it used to be seen as women’s work!

It’s really important for women to hear what it is actually like to work in tech. This is the best career that I could wish for. I work in close knit teams to deliver a beautiful, quality product. I constantly have problems to solve – which you get that lovely dopamine hit when you solve one. It’s a role that you can do from anywhere – I’ve been working remotely throughout the pandemic but I can also get work in when travelling for conferences. On that topic – the conferences are amazing fun. I’ve met people from all over the world and I’ve travelled around Europe speaking at conferences.
Also, of course, it’s very well rewarded and most likely continue to be.

Finding out how to get into tech! Of course, there’s the university way but there’s so many other ways, the Get Into Tech course by Sky that I mentioned above but there’s also graduate schemes that hire people that didn’t get a technology related degree and, lots of bootcamps where it doesn’t matter whether you have a degree. I really feel that knowing where to look is the biggest barrier.

Starting the conversation early – I love working with Ahead Partnership (https://www.aheadpartnership.org.uk/) where you can work with school children to talk about a career in tech. I’ve spoken on panels, helped organise workshops and spoken to school children about how tech is a great career choice.

For starting the conversation later, it’s very important for organisations to focus on how they can help parents in their roles. This means better paternity leave, part-time roles for men and women and support for parents. To help women in their roles, we have to make it easier for fathers to support their partners by offering part-time roles and better paternity leave so women have more of a choice on whether they want to come back to work.

Shouting about all the different ways it is possible to get into tech (you definitely don’t need to have attended university!) is important as well.

Know your worth! Don’t be scared to ask for the pay that you know you are actually worth.

Find the local meet up scene. It’s often who you know and they can vouch for you. Most of my jobs I’ve gotten from the local tech scene. If you don’t have time for meet ups, that’s OK too – there’s plenty of Slacks and general community groups you can join. I’m an active member of Ministry of Testing (https://www.ministryoftesting.com/) which has a Slack, conferences, training. Two of the testers in my team were hired through this group, it really is useful to get involved in the community. People in the community can also advise you when you are looking for roles. Twitter and LinkedIn are also really great resources.