We interviewed Hannah Clough, Software developer at Egress software technologies on her experience and thoughts on women in tech. 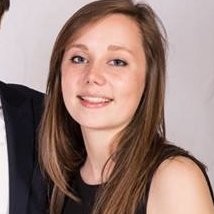 As a Software Developer, I work within an agile team of Developers, QA Engineers and DevOps Engineers; contributing to one of the core products within the Egress software portfolio. As part of my role I get to work with analysts and product managers to contribute to the future direction of our products, which creates a lot of opportunities to investigate and research new fields. Most days I’m either writing code or in meetings designing the software we create.

I’ve always been in awe of (and wanted to be involved in) new and exciting innovations within the industry. From the new languages and development techniques that are evolving, to the inventive ideas and aspirations that drive us to the find and create these new technologies.

Not until postgraduate level, where I studied for a Master’s degree in Software Systems & Internet Technology. Before this I had studied Maths and Sciences at A-Level followed by a Maths degree at The University of Sheffield.

I had no work experience prior to my first developer role out of university which gave me the stepping stone to the position I am in now.

Yes – especially at the developer level. Although I’ve worked with female software testers and women involved in the management of development teams, I have personally only worked with one other female developer.

As I progressed through A-Level and University, I certainly found this was the case. At school there were fewer female teachers in technical subjects and I had predominantly male classmates at A-Level so this definitely contributed to the stereotype that this is a male-dominated field. The first question I often get when talking about my role is “are there many women?”, so I think there’s a stereotype perceived by the wider public too and possibly for good reason, given the ratios I have experienced personally. I don’t think the stereotypes help change the demographic of people inclined to apply to these positions either.

Encouragement from schools and colleges is key. At a young age, I’d never considered working in the tech industry, which likely would have been different had I been exposed to female role models and their journeys through the sector. As a child, being able to relate to the successful people that you aspire to is incredibly important.

I found that accepting that the career I had chosen was such a male-dominated field was a mental barrier, as I was worried that I may miss out on the diverse environments of other fields of work. I believe sexism in the workplace is a huge issue as well; everything from opinions being dismissed by male counterparts up to harassment. I’ve heard many accounts from female friends in this field. The lack of women in tech directly means a lack of female mentors, which can be especially problematic for younger professionals in the early stages of their career.

Exposure to the wide variety of careers in tech is a fundamental problem which should be tackled at its root cause. Code workshops, talks in schools and constant support for female pupils at schools and colleges can give the encouragement to go on to apply to tech-related courses at University. During my studies, I would have benefitted greatly from a female mentor in the industry to provide encouragement & advice.

At a higher level, encouraging employers to create opportunities for employees with the enthusiasm and ambition to change to a tech career despite not having a tech-based degree would be a huge help. I don’t believe the number difference in women and men interested in a tech career is as bigger gap as those with/without the qualifications.