We interviewed Jo Crossick, Squad Lead at AND Digital on her experience and thoughts on women in tech.

What does your job role involve? 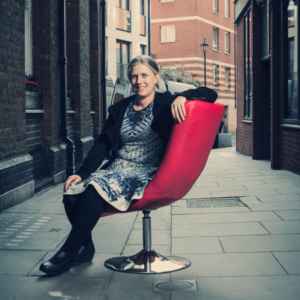 I have three main roles – my first is looking after my squad, the second is working on for a client, and my third is as a member of the club leadership team.

As squad lead, I look after a squad of 10 people. I am responsible for their line management, personal development and general happiness at work. My squad is made up of a mixture of levels (from graduates to highly experienced seniors) and covers both analysts and developers.

When working on a client role, I might be doing a delivery or coaching role. Usually I am looking after a team of people delivering against a product roadmap. I help the team use best-practice agile and technical approaches to continuously improve, while building their skills – we have a very strong up-skilling culture in my company and we try to bring that to our clients as much as we can. Sometimes I focus on coaching delivery leads and managers on best-practices, and helping them improve things for their teams.

As a member of the club leadership team, I help run the operations in the club (a group of around 80 people – 6 squads and supporting crew) with the other squad leads. We look at everything from who’s on what client, what training people are going on, promotions, and what we want to achieve in the future.

What made you choose a career in technology?

Basically, I just thought I might like it! All my friends were looking at graduate scheme options – there was marketing, HR, accountancy… none of those particularly appealed to me, but the idea of going into IT was exciting and I felt sure I would enjoy the work. On the pragmatic side, I knew that there was a good chance of it being a good, reliable career with plenty of opportunities.

Did you study an IT or technology related subject at A-Level or University?

No. As a kid in a small rural school in the 90s, I didn’t have the opportunity to study IT. We had a computer when I was a teenager but there weren’t many opportunities to self-study coding, especially when I didn’t know where to start. By the time I got to university I had plenty of other interesting things that I could focus on. It was only when I was close to graduating and had decided that I didn’t actually want a career in academia that I realised that real-life options for a career weren’t so obvious.

Did you get any work experience in IT or technology before this role?

I hadn’t even owned my own computer before I started applying for roles! I basically applied for every graduate scheme I could find that didn’t require an IT degree or any experience. Fortunately, there were plenty of them around in the early 2000s – I’m not so sure I’d find so many these days.

Do you think there is a lack of females in the IT and tech sector?

Yes, definitely. When I landed my first job, over 1/3 of my intake team were female and I was pleasantly surprised to find that half of my team were female… even if it was the most junior 50%. What I’ve seen since then is the proportion of women entering the tech industry actually drop, and the number of women who are reaching senior positions is not reflecting the proportions who entered the job market with me in the early 2000s. When I was more junior, I didn’t feel the lack of women in senior position was a problem – but as I’ve risen through the ranks, and faced challenges such as juggling family and career, I’ve really missed having female role models.

Do you find there is a stereotype that a career in IT or technology is just for men?

I don’t know how people outside the industry see it. I guess there is a stereotype of the “brogrammer” that is perpetuated by media – TV as well as news. And I know that there are companies where this is a genuine problem. But I also see lots of “normal” IT jobs in normal companies, and there are women doing those jobs, and it’s not seen as weird or anything!

What would entice women to study technology related courses?

The image of the highly-technical programmer is somewhat at odds with the reality of day-to-day IT delivery, which relies strongly on teamwork, great communication, creativity and pragmatic problem-solving. I get a strong impression that academic IT courses are much more about the highly technical side of programming rather than the pragmatic group problem-solving side so I think we need to look beyond the traditional academic path through computer sciences. Our CEO talks about how “every company is a software company” these days – and we should be able to see every subject at school as something that has a digital aspect to it. And more than that, we should be opening up IT careers for people who haven’t studied technology related courses. Coding bootcamps are great for that, and we’ve had some brilliant hires from these routes. I’d also like to see more support for people to build IT careers through apprenticeships and on-the-job training.

Are there barriers when it comes to women getting into tech?

Yes, but they’re very subtle. I think anyone graduating with a good degree in computer sciences has an equal chance of getting a good job – in fact, there is possibly even a slight skew in favour of women as companies try ever harder to recruit balanced teams for their organisations. But the subtle barriers to getting that degree – from the toys you’re given when you’re in preschool to the relationship you have with your tutor at university – means the drop-out rate is higher for females than males… and that mounts up.

How could we encourage more women to start a career in tech?

I’d love to see more sponsorship from big companies that have graduate schemes for women to do tech conversion courses or boot camps to get them into the tech industry. And we also need to look at every stage of the pipeline – everything from early years, and how we’re encouraging mothers to buy tech-orientated toys for their girls, through to supporting young women through university.

View all careers from AND Digital here.