We interviewed Kerry Linley, the Founder & CEO of Rubitek Solutions Ltd on her experience and thoughts on women in tech. 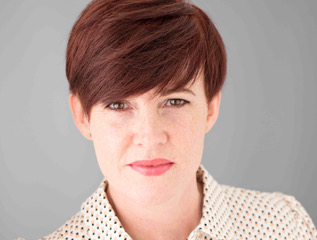 Firstly, I wouldn’t describe it as a job. It’s more a state of being and there’s no off switch. I’m not just a founder and CEO, I’m also a busy wife, mum and step-mum to 5 children with all that it entails so my day tends to start very early and end very late.

No two days are the same and I tend to split my time between the office and working from home. In any given week I could be involved in updating shareholders, prepping for and running board meetings, managing teams or working with external suppliers, travelling to meetings and pitching to new clients, thinking about where our next investment round might be coming from or being the public face of Rubitek.

For me, breakfast is a really important start to the day, and I make sure I sit at the table, with my children, for an early morning chat before we each go off in our separate directions. It keeps me in touch with what’s going on in their lives and it means they get to find out about what I’m doing too which I think is important. As I’m sure you can imagine, being organised is very important!

I think it chose me and it definitely wasn’t a conscious decision – I just found a problem and knew that tech had a role to play in solving it. Apprenticeship completion rates in England are too low and this negatively impacts learners, their employers, and the success rates of those delivering apprenticeship training.

There are many causes of non-completion and after running one of the UK’s most successful shared apprenticeship schemes I’d learned to spot the early warning signs. Our average completion rate was 85% against an industry average of 57% – I knew we were doing something right and it was clear to me that with the help of technology, more employers and providers could improve apprenticeship outcomes.

I set about mapping the apprenticeship journey and then re-designed it to improve apprentice retention, completion and progression outcomes. That’s how and why Rubitek (which is named after our pet dog Ruby who spent many hours sitting with me whilst I was designing the platform) was born.

No. I was born the oldest of four girls and left school at 16, going straight into what was then a Youth Training Scheme, a kind of apprenticeship equivalent, earning £35 a week doing a business admin qualification. It seems archaic now, but I had to learn to type using an old-fashioned typewriter with an orange tied under my chin – the orange had pins sticking out of it – also known back then as a ‘how to learn to touch type without looking at the keyboard’ training device!

After that, I studied Marketing and then Modern Foreign Languages at University so finding myself running a tech company was not something I’d envisioned when I was planning my career (although I am pleased to say that technology managed to negate the need for oranges with pins in as training devices).

I was always a bit of a whizz with a computer and even in my early twenties, I got involved in the implementation of new tech at the companies I worked for. I think Excel is amazing and have written some incredibly complex formulas in my time but that’s been self-taught.

In the Noughties, I had a job teaching business owners and managers how to use the Microsoft Office suite of products to improve business operations. My husband glazes over whenever I try and show him how to do anything tech related. I guess you’ve got to be interested.

If I asked you to name three females running top tech companies, could you? And yet I’d wager you could probably list at least half a dozen men. Bill Gates, Jeff Bezos, Matt Mullenweg, Mark Zuckerberg, Elon Musk, Steve Jobs, and I probably don’t need to explain who they are. 78% of students studying tech can’t name a single famous female in the industry and yet Ada Lovelace, a woman, was the first computer programmer. Why is that?

I think we’ve made progress in recent years to encourage more females to work in the IT and tech sector, though I accept there is still a significant gender imbalance. Most importantly I think there is a lack of female role models. We need to do more to celebrate and shout about the successes of women in tech to inspire others. It’s no different to how a business attracts new customers.
Adverts, videos and case studies are successful because as consumers we like to know that a product or service we buy is used by someone like us because then we can see and believe we’ll benefit from it. It’s the same with role models – having people like us that we can relate to.

Stereotypes exist in all sectors but I think it’s about how you approach your career. If you let a stereotype be a barrier, it certainly will be.

Growing up, I was the oldest of four girls and our parents always encouraged us to follow our dreams and told us that we could achieve anything we wanted. I spent years working in the construction industry, which is very male dominated, and learned how to make sure my voice is heard.

Women are great problem solvers and we get job satisfaction out of helping people. Isn’t that what technology is for?

We need to do more to promote the exciting and rewarding range of tech-related careers and the significant growth in jobs predicted over the next 10 years. We also need to encourage more female change-makers and problem solvers.

Finally, we need to use the power of the media for good to reach the right audiences including girls and young women, parents, teachers and careers advisers.

Much has been published about the many barriers that prevent women from pursuing a career in tech. For me, I think the pace at which tech moves is itself a barrier.

Taking a career break of around two years can seem more like 10 years when you consider the pace of change so to a woman thinking about having a career that she can build around having a family, and pick up when she wants to return to work, tech probably doesn’t feature at the top of the list of options. But there are some great initiatives out there designed to help women return to tech and more and more employers, particularly since the Covid pandemic, are recognising that flexible working arrangements are needed.

There is still a noticeable gap between the number of girls and boys that study STEM (science, technology, engineering and maths) subjects beyond GCSE. Fewer girls pick STEM subjects at A level because they are worried that the class will be dominated by boys and only around 25% of all university students who study STEM subjects are female. As a STEM ambassador I am passionate about changing this.

We need to give girls more real-life examples of successful women in all STEM fields – either as role models they can learn about or as teachers – and that has to start at school.

I’ve had the great pleasure of working with some amazing female role models and over the years have learned to surround myself with incredibly positive people, men and women. I’ve also had the privilege of taking part in a couple of accelerator programmes, including one specifically for women in tech (WiST). Support networks like this are invaluable and I’d like to see more of them. I would also encourage any female working in tech to get themselves a mentor.

I don’t think it matters what gender or what age you are – my advice would be the same – be passionate. My motto is “there’s always a solution” and I’m the sort of person who sees a problem and does something about it.

I was 46 years old when Rubitek built its first apprentice management platform so I would say I’m still at the start of my tech career. Who knows whether I would have started sooner had there been more female role models? I just know I had an idea to do good with tech and I wanted to give it life.