We interviewed Erin Hamalainen, iOS Developer at Trainline on her experience and thoughts on women in tech. 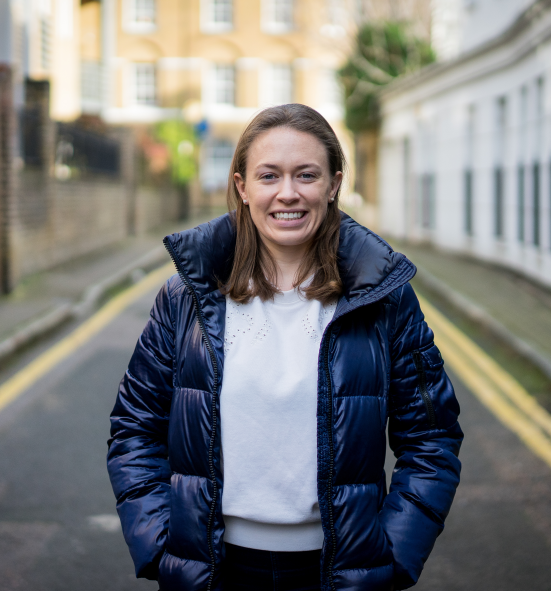 Reading, writing, and editing code!! My favourite thing in the world. It also involves a lot of communication and teamwork – which were things I did not expect when I first started working as a developer.

I majored in math in university (getting there was a journey in and of itself–I had started university as a chemical engineering major). And one of the requirements for my degree was a 2-semester course called “Intro to C++”. I LOVED doing the homework – which involved writing a program each week. I would usually cosy up somewhere quiet with my laptop and disappear into the assignment for hours. That was how I knew I loved programming.

I studied math in university. There was one programming course required for my degree – “Intro to C++”. Because I enjoyed that class so much, I took another class the following semester called “Advanced Programming Techniques.”

After “Advanced Programming Techniques,” I didn’t take any more programming classes. I really wanted to, but it was too much work to add on top of my already rather heavy course load (I had switched majors halfway through my degree, so I had to rush to graduate on time.) And I loved my math major, I didn’t have any desire to abandon that.

Yes! I’d already been an iOS developer for a total of 7 years at 3 different companies when I started at Trainline.

Oh yes. Ohhhhhhhhhhhh yes. Right now, Trainline has 24 iOS developers and only 6 of them (myself included) are female. And that’s the most female iOS devs I’ve ever worked with (by a landslide)!

I don’t feel like I’ve met anyone who thinks this way – but I also feel like it would be naive of me to think they don’t exist.

In my personal experience, the main danger to women is unconscious bias within individuals (men or women) in the industry: i.e., when women are assumed to be less competent just because they are women, rather than given the benefit of the doubt the way their male colleagues are.

As a result of rarely getting the benefit of the doubt, lots of women in tech are working twice as hard to get half as far. And being frustrated out of their minds in the process. And let me tell you, that frustration is exhausting.

Sometimes female team members are not listened to, simply because they are women. This can easily be avoided. But there has to be a desire to avoid it. And the unfortunate truth is that there are still lots of men (and women) out there who do not believe unconscious bias is a real problem or that it affects them, and so they are not doing anything to address it.

This is such a hard question to answer. I can only speak for myself because this is not a topic I have researched and collected data on.

I guess the main reason I personally did not go into university as a CS major is because it just never crossed my mind. I did not know that I liked CS back then. I also did not know I was competent enough to handle the major.

Maybe if someone had told me:

-If you like organizing the dishwasher so that you can fit in as much as possible and you put similar items close to each other so it’s as easy as possible to put everything away when it’s done – then you are an engineer at heart.

-If you get a weird sense of joy from de-cluttering and re-organizing a closet – that is a very similar skill to refactoring code.

-If you take pride in organizing a kitchen so that the stuff you use is close to the place you use it and the things you use the most are the most accessible – that is very similar to software architecture.

-Coding is a lot like sewing or carpentry, where it’s important to do all the preliminary steps–the foundational stuff–really well. Like all the measuring and cutting. That is the part that takes time. For most of the time you work on a project, there is very little visible progress. But if you do all of that beginning stuff right, the final assembly takes almost no time at all and is almost effortless. It all comes together seamlessly. If you are sloppy about the setup steps, the project just gets harder and harder and you continue to dig yourself into a hole.

-You don’t need to be “good at computers” to take a tech class or be a CS major. You can learn all that as you go!

There are many. But the main one that I see is companies that do not hire junior-level developers.

At this point in time, most female developers are at a junior level. So, if you aren’t hiring juniors, then there are a whole lot of women out there that you aren’t giving a chance.