We interviewed Zoe Caudroy, Security Analyst at Onfido on her experience and thoughts on women in tech. 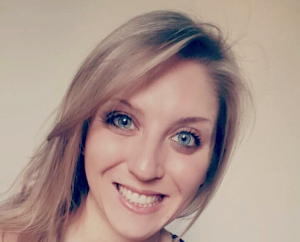 I am a security analyst at Onfido and my main role is to uncover the weaknesses of the infrastructure and find a creative ways to protect it.

I admit that I always thought to study a computer course as soon as I could.

Firstly, I’ve always had computers since I was very young, and also during my college years, I was working very closely with computers. I had my first computer at 8 years old and I wanted to develop games that people would like to play as I liked to play them. Finally, after working in this field, I realized that developing games was just a passion and I did not want to do it every day. Thanks to my curiosity and passion for new technologies, I decided to switch to the network and security world.

Actually I have two master degrees.

I have graduated from Paris in an engineering school, a first engineering degree which specialized in Network and security.

I also graduated a second time at UCI(university of California, Irvine) in International project management.

I was in charge to harden their information systems.

I was in charge to harden their information systems.

I was in charge of the security architecture for the cloud infrastructure.

And finally i decided to join Onfido in london to continue my security adventure in this wonderful place.

Definitely YES! It is sad, I wish one day to have female co-workers.

The maximum number of women co-workers in my team is 1.

Looking back at history, the lack of women into tech is nothing about their ability but it is about stereotypes and prejudices against women in certain companies.

I also had some reasons of my own to doubt and quit a company due to the stereotypes that men had about my abilities as a woman to complete technical projects. My attitude is just to not listen to them and to give your best. With time things will change thanks to a great companies such as Onfido that are taking care of women in tech by ensuring a good environment for everyone.

I encourage universities to involve more girls by maybe inviting women in tech that can explain their career path and experiences.

Fortunately today companies like Onfido are changing history and ensuring that doors are open for women in the tech industry.