The History of Women in Tech

With the persistence of male domination in the tech industry, it’s easy to forget how instrumental and spearheading women have been in its development since its origins around 300 years ago. Despite the constant barrage of obstacles, female scientists and mathematicians have persisted in order to have their work recognised and widely used and as a result, many of the pioneers of early computer programming are women. 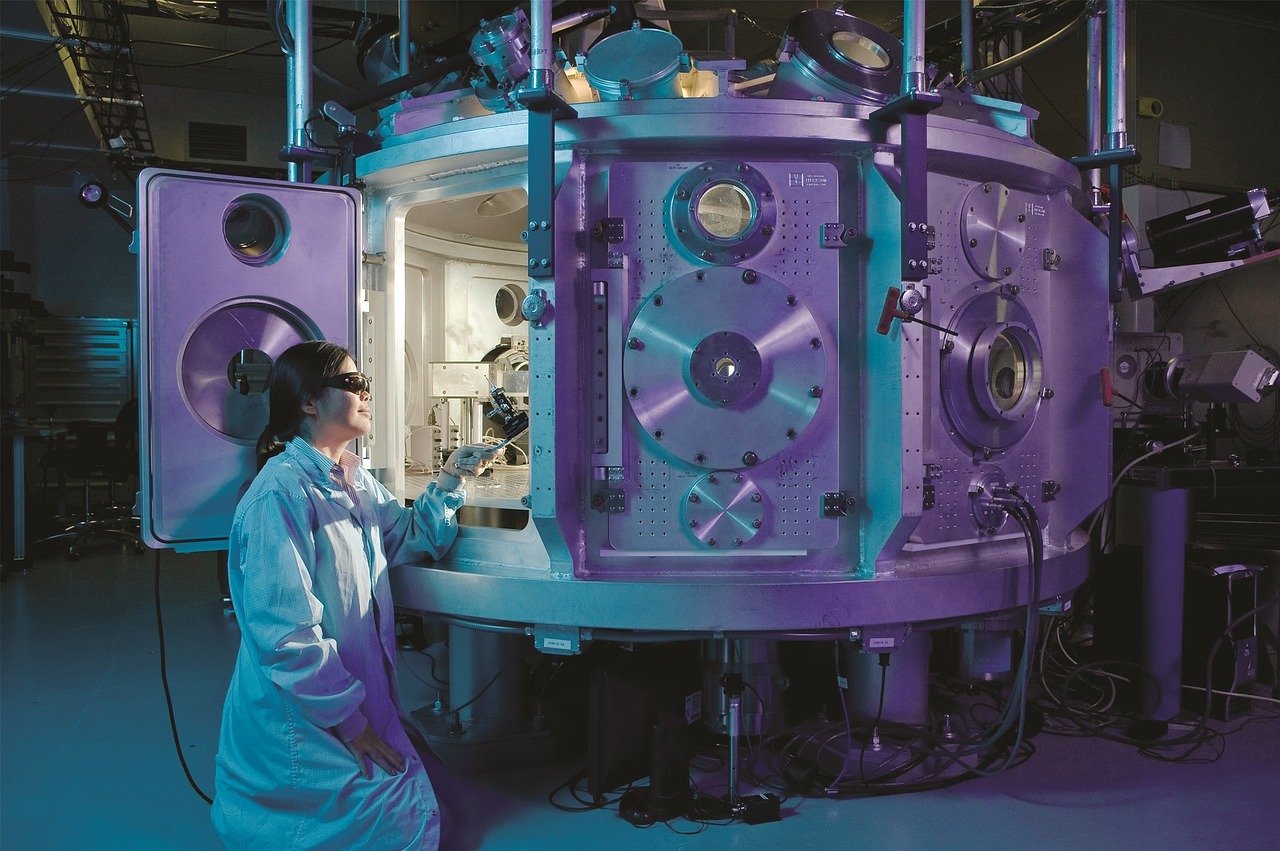 We’ve looked back at the history of women in tech to highlight the women whose legacies continue to inspire upcoming generations of female tech talent. Also remembering the important defining moments in the timeline of women’s journey from Nicole-Reine Lapautre’s astronomical prediction in the 1700s to the increasing number of female tech CEO’s and company founders today.

The origins of women in technology date back to the 1700s when Nicole-Reine Lepautre, a French mathematician and astronomer predicted the return of Halley’s Comet by calculating the timing of a solar eclipse. Her team worked on the predictions for six months, and the result of her work was an astronomical triumph. Having come to the conclusion that the comet would arrive on 13 April 1759, they were almost precisely accurate when the comet arrived on 13 March 1759.

The 1800s were full of obstacles for women in STEM, namely, one of the most shocking obstacles was the contradiction between the fact that colleges opened for women and there were computer science courses for women to take and teaching jobs available for women, yet female faculty members in colleges were actually forced to resign if they got married. Throughout history, women have consistently been placed in difficult and unfair situations that their male counterparts haven’t had to endure and this was a classic example of how conditional equality can be. Women could pursue a career teaching in computer science, but having a career and marriage wasn’t an option open to them which placed a huge barrier in the way of how many women were able to really work in maths and science at the time.

However, we can’t talk about women in tech in the 1800s without talking about the monumental achievements of some women whose work changed the future of tech for the better. One of these women was Ada Lovelace who is widely recognised as the first computer programmer. Her contributions to technology were only recently recognised in the 1950s by B.V Bowden who republished her notes in Faster than Thought: A Symposium on Digital Computing Machines. Ada Lovelace serves as a role model to women inspiring them to choose a career in tech. Her life is celebrated annually on the 2nd Tuesday of October to raise the profile of women in STEM and emphasise the power of female tech role models.

Other pioneering women in the 1800s included Maria Mitchell, the first American scientist to discover a comet, Anna Winlock who was involved in the production of astronomical data at Harvard and Henrietta Swan Leavitt, who is thought to have discovered the Cepheid variable stars, helping to explain the expansion of the universe.

Factors such as the impact of the industrial revolution in the latter half of the 19th century as well as World War I and II meant that women had a lot of interaction with technology in the 1900s. Many women gained experience in early engineering by working with machinery in large factories and as telephone operators, by 1900 80% of telephone operators were women and they continued to make up the majority of operators until the 1960s.

For some women, their impact was more mathematical. Grete Hermann’s thesis: The Question of Finitely Many Steps in Polynomial Ideal Theory, published in the late 1920s, was key in establishing algorithms for abstract algebra which laid the foundations for modern computer algebra as we know it today.

During WWII women were encouraged to take on numerous wartime jobs. One of these jobs was to work as a ‘human computer’ calculating ballistics by hand so that the military could determine firing angles. By the mid-1940s there were around one hundred female mathematicians quite literally performing the function of computers and calculating relentless trajectory calculations by hand.

The Bletchley Park codebreaking operation during WWII is a key moment in time for opportunities for women working in science, analysis and mathematics. The operation consisted of nearly 10,000 people and around 75% were women, yet these women were not formally recognised as analysts as their male counterparts were, they were instead asked to describe their jobs as ‘secretarial’.

1945 was a milestone year because it was when the first computer programmers emerged – and they were all female. The most skilled ‘human computers’ were employed by the leaders of the US Army’s ENIAC project to set up a machine to produce ballistics tables. The women that were hired were: Kathleen McNulty, Betty Jean Jennings, Frances Bilas, Elizabeth Snyder Holberton, Marlyn Wescoff and Ruth Lichterman. They were referred to as “the ENIAC girls” and their work revolutionised computer programming.

The 20th century produced some amazing female role models in computer science, whose legacies will go down in history. Some of the key women were:

One of the most influential computer scientists of all time. She created the first accessible computer programming language in English. Grace Hopper’s story is a true lesson in the power and necessity of persistence. Having been told that her idea for a new programming language using English words wouldn’t work because computers didn’t understand English, she never gave up and persisted to have it recognised until eventually, it was. Her perseverance paid off and the Common Business Orientated Language has become the most widely used business language.

A highly inspirational woman in STEM who will always serve as a role model for breaking down barriers for women. Annie Easley started her career working as a human computer in the 1950s. Her job was to do computations by hand for researchers. She later worked as a computer programmer supporting NASA. She was involved in developing and implementing the code used in researching energy-conversion systems, and power technology such as battery technology used for early hybrid vehicles.

Inventor and actress Hedy Lamarr is credited as inspiring modern Wi-Fi. In 1942 she developed the idea for a secret communication system aimed at setting radio-guided torpedoes off course. Her idea inspired the technology for Wi-Fi and Bluetooth tech used today.

Computer programmer Mary Wilkes designed the system for one of the first personal computers. In 1965 she became the first-ever person to be a home computer user, initiating the concept of the home office so integral to our working lives today.

A prolific computer scientist, Adele Goldberg’s programming language Smalltalk-80 inspired the first Apple computer. Reportedly reluctant to show Steve Jobs the language when he asked for a demonstration, she eventually did and her ideas formed the basis for Apple desktop.

In many ways, the beginning of the 20th century was more progressive for women in tech than the latter half. With the devastation of war also came a surge in demand for women to take on traditionally male jobs, forcing societies hand to recognise women as equals. However, despite this, and the impact of the suffragette movement, women were constantly faced with inequalities in the workplace, namely the ‘spinster stigma’ which characterised career-focused women as social deviants of marriage and family life. The 1970s were a bad time for women in tech because there is growing evidence that it was during this decade when government and industry realised the sheer power of computers in top-level jobs, that women were phased out of jobs in tech and replaced by men with updated and more advanced job titles despite being the same as the jobs women previously held.

By the end of the century, the tech industry was dominated by men and men accounted for 70% of computer science graduates, However, as the popularity of the internet grew, so did the emergence of organisations aimed at creating opportunities for women in tech, for example, the Grace Hopper Celebration of Women in Computing conference was launched by Anita Borg in 1994. The Institute for Women and Technology founded by Anita Borg continues to operate in connecting women with opportunities in tech to this day.

The 21st century has largely been characterised by consistent attempts to reduce the gender gap in tech, and attract more women into working in various tech sectors. With demands for equal pay, shared parental leave, and access to leadership positions despite gender, race, age, ethnicity and socio-economic background, the 21st century is both an uphill battle for women in tech as well as a turning point in the campaign for true gender equality.

As a society, we are more reliant upon technology than we’ve ever been, and for women in tech, it’s an advantage. Having a high reliance on tech means that not only is there more demand for tech workers – increasing the need for tech bosses to widen their hiring pool – but girls are learning about tech and being inspired by tech from a young age which has the potential to be cultivated into professional skills. Our strong use of the internet is also connecting more women with training opportunities and jobs than ever before, with the emergence of full virtual degrees and qualifications as well as niche job boards. Advancing technology is also enabling more remote working opportunities which is an important equaliser in the tech jobs market.

Despite it all, statistics in the Women in Tech Survey 2019 have shown that women still only make up just over a quarter of the tech industry. There is clearly still a long way to go to reach gender equality in the tech industry, but if the long history of women’s consistent, persisting and pioneering involvement in the industry is anything to go by, the 21st century has the power and potential to go down in history as the decade that truly tackled the gender gap in tech.

To read about ten of the most famous women in tech who changed the world, click here.