Why are there so few women in Artificial Intelligence (AI)?

Artificial intelligence is one of the world’s fastest growing tech sectors. In 2021, the AI market size was valued at $93.5bn and is predicted to expand at a growth rate of 38.15 between 2022 and 2030. Due to the huge demand of technologies like smart home, digital assistants and self-driving vehicles, AI is believed by many to be the future of the way we live. With this demand comes the need for a highly-skilled and dedicated workforce. However, currently only 22% of AI employees globally are female, leaving a gender and skills gap which is all too common in tech sectors. In this article we look at the artificial intelligence sector as a whole, and the reasons for the lack of women working in it. 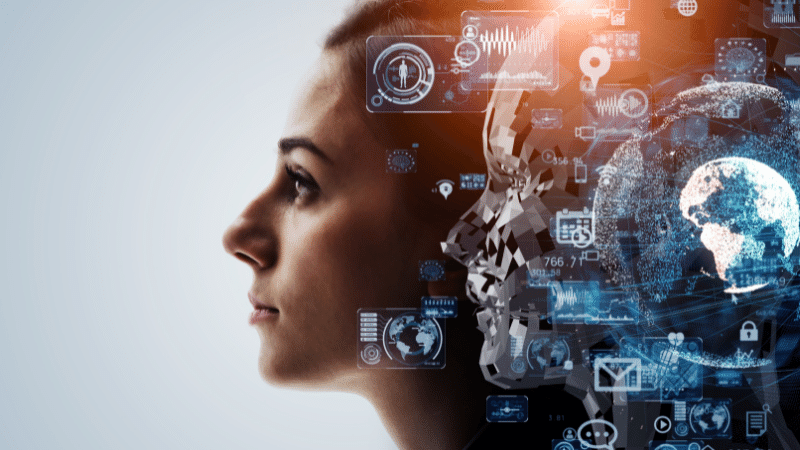 AI is transforming our world

Although artificial intelligence has been transforming the way we live and work for some time now, most people are still quite unfamiliar with the concept. Many people think it simply means robots, which although is true for some areas, is just the tip of the iceberg as to the potential of this emerging technology. Every person is likely to interact with AI on a daily basis – whether it’s unlocking their phone with face recognition technology, asking their digital assistant to set a timer when cooking their evening meal or even driving them to work in a self-driving car.

The gender gap in AI however is resulting in a shortage of skills and experience which will likely slow down the innovation in the market. Women make up 49.6% of the world’s population and AI looks to serve everyone. Without a proportionate number of female engineers, researchers and developers in the artificial intelligence space, the products and services created are not going to be truly reflective of the way we all live.

Why aren’t women pursuing a career in AI?

Here are three reasons why women are not currently pursuing a career in artifical intelligence.

It is widely believed that the ultimate culprit for the gender gap in technology is a lack of enthusiasm from young girls at school about a career in IT. A combination of an education gap and a negative reputation for the industry are to blame for this, as girls just aren’t encouraged to pursue STEM subjects as a possible career avenue. Artificial intelligence is no different, and many girls see science and maths – two key skills in the sector – as subjects for boys.

2. Higher levels of attrition for females vs males

It has been found that women who do enter the AI industry are more likely to leave sooner than men do. The issue of retaining these women in tech is a key one as it does not help the trajectory of growing diversity in the sector. The main reasons women leave their artificial intelligence roles include a male-dominted work culture, sexual discrimination, gender pay gaps and a lack of role models in higher-level senior positions. Without a clear development path for their career, women are likely to either move to a different sector or job type or, in some cases, give up work altogether. In order to grow the number of women who stay in data science jobs, it’s hugely important for organisations to diversify their company cultures and also look at the number of women who are being hired into senior positions.

Another possible cause of women not choosing to pursue careers in data science and AI is the perceived work/life balance that comes with them. The tech industry is arguably the most fast-changing, with new technologies constantly changing the way people work on a day-to-day basis. This can definitely give a negative impression to some women as, ultimately, women are usually the caregivers for their children. Balancing a career with raising kids is no mean feat, and the idea of a job which is demanding and could result in long hours and meetings may not be very attractive to some women. However, on the flip side, technology has historically been one of the industries to embrace remote and flexible working patterns, way before the pandemic forced everyone else to.

Unfortunately, until things like early STEM education and gender bias and discrimination at work are addressed, we are likely to continue seeing a skills gap in artificial intelligence and data science roles. Women are key to transforming the work done in the sector, through varied experiences, innovative ideas and hard work. By changing the common misconceptions about the industry and providing a more welcoming culture, women can be the future of changing the way we live and work.

Read more about the opportunities for women in ai and the STEM education gender gap.